Some things keep coming back, such as facial hair, indigestion, and platform shoes. And for me, Java. I’m once again back in the Java world for a current engagement, and accordingly I’m again working with Eclipse.

The instant I began pairing with folks on Eclipse, my “Felix sense” kicked in, and I became unbearably indignant about the horrible defaults that too many developers simply accept. No one could tolerate more than one Ungar-ism at a time, so in this post I’ll focus on a real simple one: 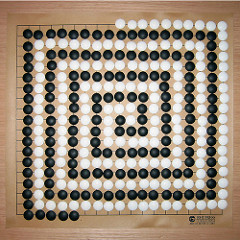 A stub comment! Egads! Why in the world would people pollute their code with stub comments? Coders use their powerful IDE to auto-generate a new, empty method, but then have to waste time picking up and deleting these ugly, useless little stub comments. And horror of horrors, sometimes they don’t–I just saw a screencast where the programmer didn’t even flinch as he created and abandoned a stub comment!

The reason? Maybe it’s the 45-second effort Eclipse requires to turn off these wonderfully useless “auto-generated method stubs.” Or the painfully inadequate system for saving and restoring preferences like this (they’re all over the place), a consideration that crops up whenever you create a new workspace.

Well, I don’t want you to be able to say “I didn’t learn anything from Jeff’s blog.” Let’s start incrementing some Compulsive Coder Principles and Techniques.

A laziness mentality is acceptable as long as you really do minimize as much work as possible. Creating stubs that need to be deleted isn’t maximally lazy.

Open the Eclipse Preferences dialog. Select Java->Code Style->Code Templates. (You can find it quickly by typing code templates and pressing Enter). In the right-hand side of the dialog, select Code->Method body. Click the Edit… button. Change the template’s pattern from:

An alternative choice: Change the template to:

It’s an uglier version of a stub! … but, it’s so ugly it forces you to get rid of it. Where it can be helpful is in keeping you to the red-green-refactor cycle of TDD–the thrown exception will most certainly result in a failing test.

I bet you won’t ever miss the auto-generated method stubs!