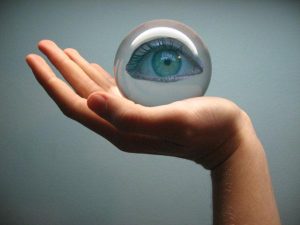 Student: “I know that I’ll need a HashMap somewhere in my very near coding future. Why shouldn’t I just introduce it now?”

Jeff: “This is one of the better questions about TDD, and one of the most common concerns about how it’s practiced. Do you really need a HashMap? Maybe you won’t by the time you’re done. By introducing this speculative design element now, you’d be creating complexity prematurely. You will incur additional cost every time you revisit the code in the interim. You might even end up with the unnecessary complexity forever.”

Jeff: “Maybe. Sometimes I’ve found that my most-cocksure design speculations were wrong, and TDD drove out a simpler solution. But for now, let’s say you’re right. With TDD, you’re learning how to think and build a solution more incrementally–a skill that can improve your ability to accommodate new, never-before-conceived behaviors into the codebase.”

Student: “Right, but this whole incremental thing requires some reworking of code. You told us that we start with the solution for the simplest case, which for this example requires only a hardcoded return value. Then we write another test that requires us to replace the hardcoding with a scalar. Then another test that requires segregating data, which I can do using a hash-based collection. Seems wasteful to write some code, only to throw it away a few minutes later.”

Jeff: “We’re trying to adhere to the rhythmic TDD discipline of red-greeen-refactor. Part of the success of TDD hinges on seeing a failing (red) test for a new behavior. One important reason: If you never see a test fail, you have little clue that it’s a legitimate test. When you write a more generalized solution than you need, writing a next test that fails first may be near impossible. Ultimately, not following the cycle leads to you writing fewer tests.”

Student: “Remind me, why is TDD and adhering to its cycle important?”

Jeff: “Foremost, the cycle lets us know we’re on track with building the correct code every few minutes. Also, as developers, we’re good about constantly creating lots of cruft–code that’s not as easily understood or maintained. In fact, cruft buildup is where a significant portion of your development costs rise. The cycle gives you continual opportunities to clean up the junk as soon as you create it–before it’s too late. The tests minimize your fear of making the necessary changes.”

“If you stick to the cycle, and write a failing test for each new behavior, you’ll end up with a set of tests for virtually all bits of logic you intended. These tests will document all behaviors you chose to drive into the system. Well-crafted tests can save everyone the countless hours otherwise needed to understand how the system behaves over time and as it grows.”

Student: “So, it’s also important that the cycles are short.”

Jeff: “Yes. It’s generally easier to find and fix problems when you find out about them sooner. Also, if you take larger steps, you’ll create more code than you’ll likely clean during the refactor step.”

Student: “But what about the wasted bits of code, the rework?”

Jeff: “You’re making a tradeoff. You are the tortoise, taking an incremental, steady route as opposed to the hare, who takes larger leaps requiring unpredictable amounts of route correction. The amount of code rework is often trivial, and if you learn to always take on the next-smallest case, the amount of new code is also small. You’ll learn to get good at taking small, incremental steps.”

Jeff: “Let’s not forget that debugging cycles and defects represent rework costs that we rarely account for, and they are significant, even monstrous, on most development efforts. There’s also considerable cost when, however rarely, your speculation is wrong.”

Student: “Right, but I know more than just what’s needed for the current test case. Shouldn’t I create a design that accommodates all of that knowledge?”

Jeff: “It’s always valuable to create a design model given the needs you know, whether in your head or on the whiteboard. But don’t force that design into the system until the behaviors described by the tests demand it. And don’t spend a lot of effort on the details.

“As you test-drive, you can shift the design in the direction of your speculative model, as long as you’re keeping the code as clean as possible. Beck’s simple design rule #4 can help tell you when you’ve gone overboard: Avoid any additional moving parts or complexity than needed to pass the current set of tests.”

Student: “I would rather build the design to what I know I need over the next few hours.”

Jeff: “That’s your prerogative, though I suggest starting with the smaller, more incremental steps. It’s the better way to learn TDD: It’ll keep you honest, and generally result in more tests that describe the behavior you’re test-driving into the system.

“Once you’re comfortable with the TDD rhythm, you might take larger steps. I sometimes do. Much of the time, I end up ok, but every once in a while, I get bitten. That pushes me back in the direction of taking smaller steps.”

Student: “Right, but I know I need the HashMap. Here, see, I’m just about done, and there it is.”

Jeff: “Nice. But it turns out that the PO changed her mind. When you come in tomorrow, she’ll explain that we need to track things transactionally. The HashMap is the wrong abstraction for this–we want a time series collection. You’re going to have more rework than if you’d kept the design simple.”

Student: “Isn’t this rationale for spending just a bit more time on pinning down requirements up front?”

Jeff: ” One of the reasons we do agile is to allow for changes in direction based on feedback–from the marketplace, from the PO, from what we learn. TDD provides a cyclic mechanism that supports the cycle of agile and its goal of producing high-quality software that meets the current, changing needs of the customer.”

“TDD is all about continual, just-in-time, sufficient design. I like to say that design is so important, you can’t just consider it once. You have to address it continually.”

Jeff: Tim Ottinger also suggested that TDD gives you the ability to abandon the code after any integration step (which could be as often as every R-G-R cycle)–knowing it’s as clean and complete as the tests indicate.

“Tim also hinted at something else important: None of us are perfect, and many of our predictions about design are flat-out wrong. TDD provides continual humility lessons for most developers, helping us reign our natural hubris at minimal cost.”

Note: this contrived dialog is based on real questions and challenges from actual TDD students (and still coming–I had much the same discussion two weeks ago).