Tim, a modern urbane developer (i.e., he willingly practices TDD), talks about the reality of living in his team, circa 2008, where his organization was attempting to grow TDD. 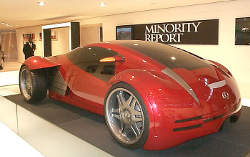 I am not gonna lie, this place is crazy with buzz words and terms. They use words like Agile and Scrum as adjectives as opposed to ways of thinking and common sense still.  I hear, “Well, we are doing Agile, so we don’t have time for design.” My jaw hits the floor… and then I start drinking heavily.

The team I am on currently, is a “center of excellence,” so to speak. We consult development teams within the organization (along with owning development projects, components, and standards). I feel pretty confident in my abilities to help teams out. I have no problem saying that I do not think of myself as an expert or perfect (yet). I have always been of the opinion that this should be a constant learning experience. I find it difficult to relay my thoughts, though, to the rest of the guys on my team. It is basically the three of them attacking me. It’s not totally me vs. the world, but it turns into a joke. I hear:

So…I think I know how you must feel sometimes 🙂 I never once say that it is a silver bullet. What I tell them is I didn’t realize how little I knew until I started using it as an approach. Primarily from a design and coding point of view. Don’t get me wrong, I have some smart-ass retorts, but I am just outnumbered 🙂 It’s a tad difficult for me to try and persuade them, because we all are strong developers (I think) on the same hierarchy, and everyone has their own opinions.

Fortunately or unfortunately, they will have to come on board though, because this is coming from the top down. The quality of code, and overall abilities of the development teams here is borderline atrocious for most projects. At least the ones we see on a regular basis. The good teams obviously don’t need our help. To put it bluntly, I have seen one too many 5000 line classes than I care to ever see again.

I think they (my teammates) have just had either bad personal experiences with TDD/Agile/etc., or bad education on it.

A commenter on last week’s post indicated that he viewed being the minority as an opportunity to show how much better things can go with TDD–fewer defects and getting code done sooner. That’s true, and it can feel gratifying, but you’re not likely to gain new converts by effectively showing them up–at least not immediately.

In a den of dogs with old tricks, some of the smart ones eventually come around, but in the short term they’re unlikely to admit that the new tricks might be better. Tim himself was sure his old way of coding (no TDD) was better until well after I’d left his scene.

In any case, from Tim we once again hear how bad experiences with TDD and agile can sour people. (Remember, this is four years ago.) What can we do to help? Here are a couple thoughts:

A commenter on last week’s post indicated that he viewed being the minority as an opportunity to show how much better things can go with TDD–fewer defects and getting code done sooner. That’s true, and it can feel gratifying, but you’re not likely to gain new converts by effectively showing them up–at least not immediately.

My goal is not to convert people, but to build software that delights the user and to do so in a cost-effective manner. I personally feel that TDD is certainly part of “cost-effective”. Other people have not made the same journey and have not yet reached the same insight, and perhaps they never will. I’m certainly willing to help any of them along, but if they’re not receptive, then it should be OK for them to find their own way. I consider myself a professional, not a missionary.

Great point. I’m partly in the business of trying to “convert” people, but only when asked.